Top 6 Tips on How to Live Blog Your Next Conference 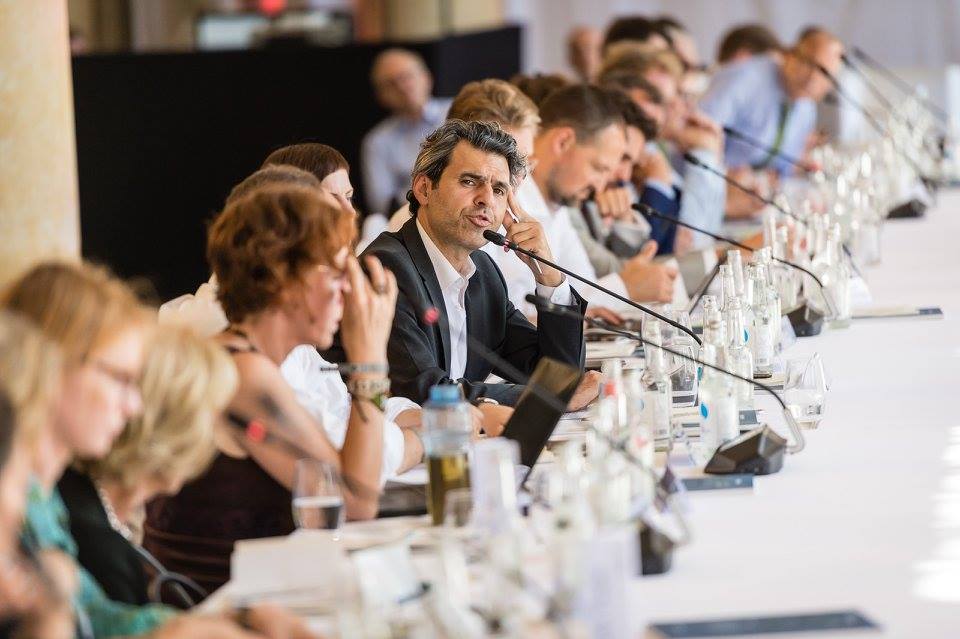 Top 6 Tips on How to Live Blog Your Next Conference

Here is the good news before you start: Covering your conference with Live Blog is a natural fit. Expect increased user engagement, great social media coverage and easy event-documentation coming out of it. All things you probably already have to take care of but with Live Blog it will be easy to do with just one tool. And with the tips below, we hope your first post will be even easier.

Do you have someone in the team taking care of social media and someone doing press relations or dealing with the website? Here you go! Live Blog will actually save them time to reach their goals and have a better audience engagement and outreach. However, live blogging might be a new tool in your communication toolset and building a live blogging team with clear responsibilities is key to a successful live coverage of your event. No matter if there is only one person taking care of the live reporting, a team or if you decide to turn your conference participants into reporters – make sure to clearly assign your team members to the following roles:

Live is live and when things are moving forward time is what matters and you will feel great if you can rely on a well-prepared coverage. Here are some suggestions on what you might typically need:

Studies show that the likelihood of user engagement significantly rises during live events. As a conference organiser, you know this through tracking the trend of your conference hashtag during your event. Live Blog is your ideal partner here because you can both, highlight the activities in the social media by embedding them into your live coverage and make use of the comments feature of Live Blog, curate incoming user messages as well as make them part of your coverage. Another specific aspect, when using Live Blog for conferences, is that you can screen the Live Blog timeline in real time to the conference participants and make them feel particularly engaged seeing their quotes, tweets or comments appearing “big” on the screen. 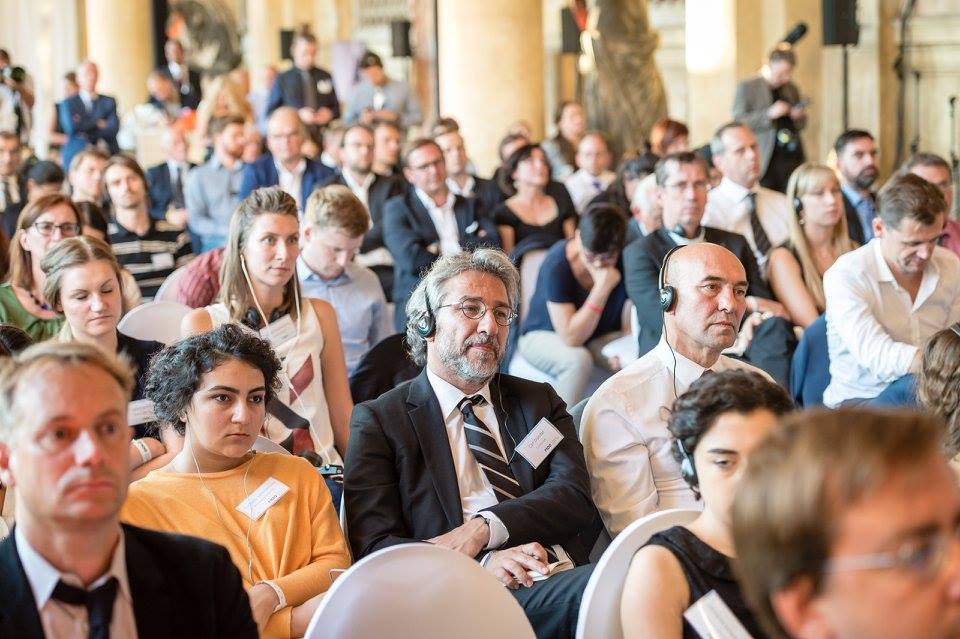 A Live Blog is normally used to report to an audience that is not present at an event, in (almost) real time about what exactly is happening there. This way you can engage people who were not able to attend the conference, improve the impact of the conference’s outcome and win new participants for your future events – so far so good. But with a Live Blog, you can also reach out to the participants of a conference directly and highlight the importance of their input by screening it on a big screen. This may even have a moderating effect on ongoing discussions in a conference panel: Live Blog sums up the discussion in a way that helps to avoid endless repetitions of arguments already made and shared.

#6 Archive your blog, document your event

Many conference organisers have to actually document the conference output and impact in order to report to their sponsors or initiators. Live Blog will help you with it and save a lot of time. If you cover a conference with a Live Blog you can archive the blog by saving it with the first post on top, emphasizing certain posts as highlights and pin a summary to it on top of the timeline. This way your live coverage becomes a Multimedia documentation of the event and by making use of the analytics feature of Live Blog you can even prove the impact by tracking and sharing the number of visitors on each and every blog.

Live Blog is not only your partner when it comes to live coverages – it will also help you to monetize your efforts. In case you would like to offer an attractive package to your sponsors – Live Blog allows you to create branded versions of a blog. All you need to do is to create a branded output channel and apply the logo and corporate color of your sponsor to your blog. How many sponsors do you have – with Live Blog you can create as many branded versions of the blog as is needed for your business. Happy live blogging! 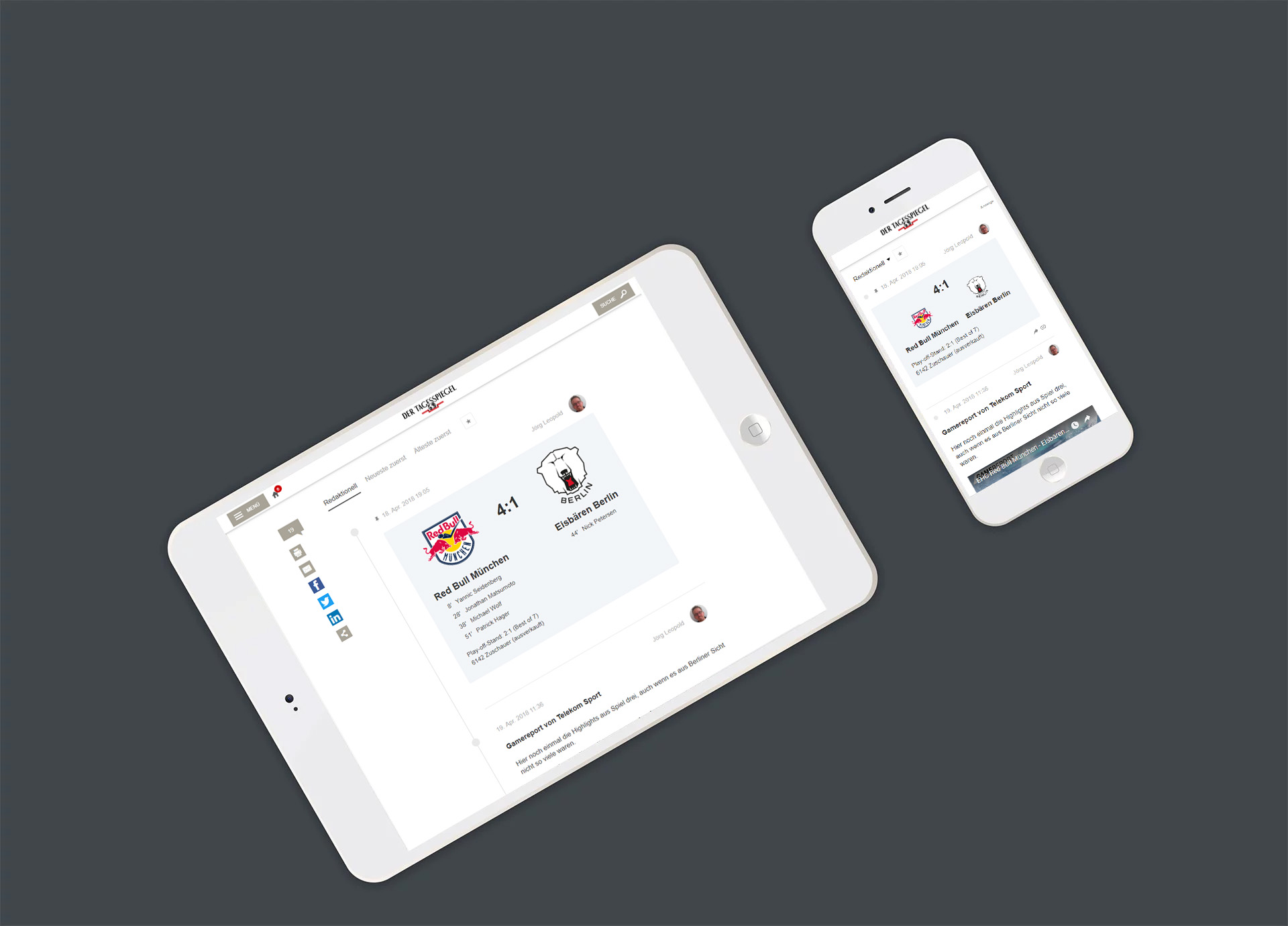 The Liveblog “Eisbären blog” follows the Berliner Ice Hockey team Eisbären since August 2014. We checked in with Tagesspiegels Jörg Leopold, one of the three-men-team behind the Eisbärenblog about their live coverage from the ice rink.

What makes the Eisbären Blog so special?

The mixture of content: we cover the live games, of course, but we also blog about the training, as well as publish photos and conduct interviews exclusively for the blog. The Eisbären blog is a niche product for a very special target group. Currently, we have at times more than 100.000 readers. We never thought that we would reach so many, but our content is exclusive and cannot be found in the printed newspaper Tagesspiegel. With this content, we go far beyond the normal club coverage: not just focusing on the Eisbären, but looking at the fascinating sport of ice hockey as a whole.

You run a seasonal blog including game reporting. Why did you decide to do so?

What sports are all about, is games. We soon noticed that the live coverage is very well received by the audience. And so together with all the background info, which we are continuously providing to our readers, this became a special service we offer.

Live is live: what’s the craziest thing you’ve experienced in the live blogging of the games?

In the important seventh quarterfinals of in the 2015/16 season, in which the Eisbären played against Cologne, the laptop stopped working shortly before the end. The game ended an hour later and nobody scored. Nevertheless, this was of course extremely frustrating because reporting via the mobile app is not quite the same.

How does Sourcefabric’s Live Blog support you in running a good liveblog?

Through the mobile app you are more or less always online, even on the go. If I speak with the players in the mixed zone or during a press conference, I can update the information directly on the blog. This is the real live blogging. Our scoreboard is also very practical: the score is what you are after in a hockey game, to grasp that immediately is important to the reader.

What do you wish for the Eisbären and the blog in the future?

The Eisbären made it to the final this season, if they also win the title, we can call ourselves the Championblog! As for Sourcefabric, I wish that we could soon be able to add our own videos built-in directly into the blog – the way it is currently possible to do with images.

Note: The Live Blog team is working on adding the functionality of uploading own video content in the Live Blog. The update is scheduled within one of the next releases in Q3 2018.