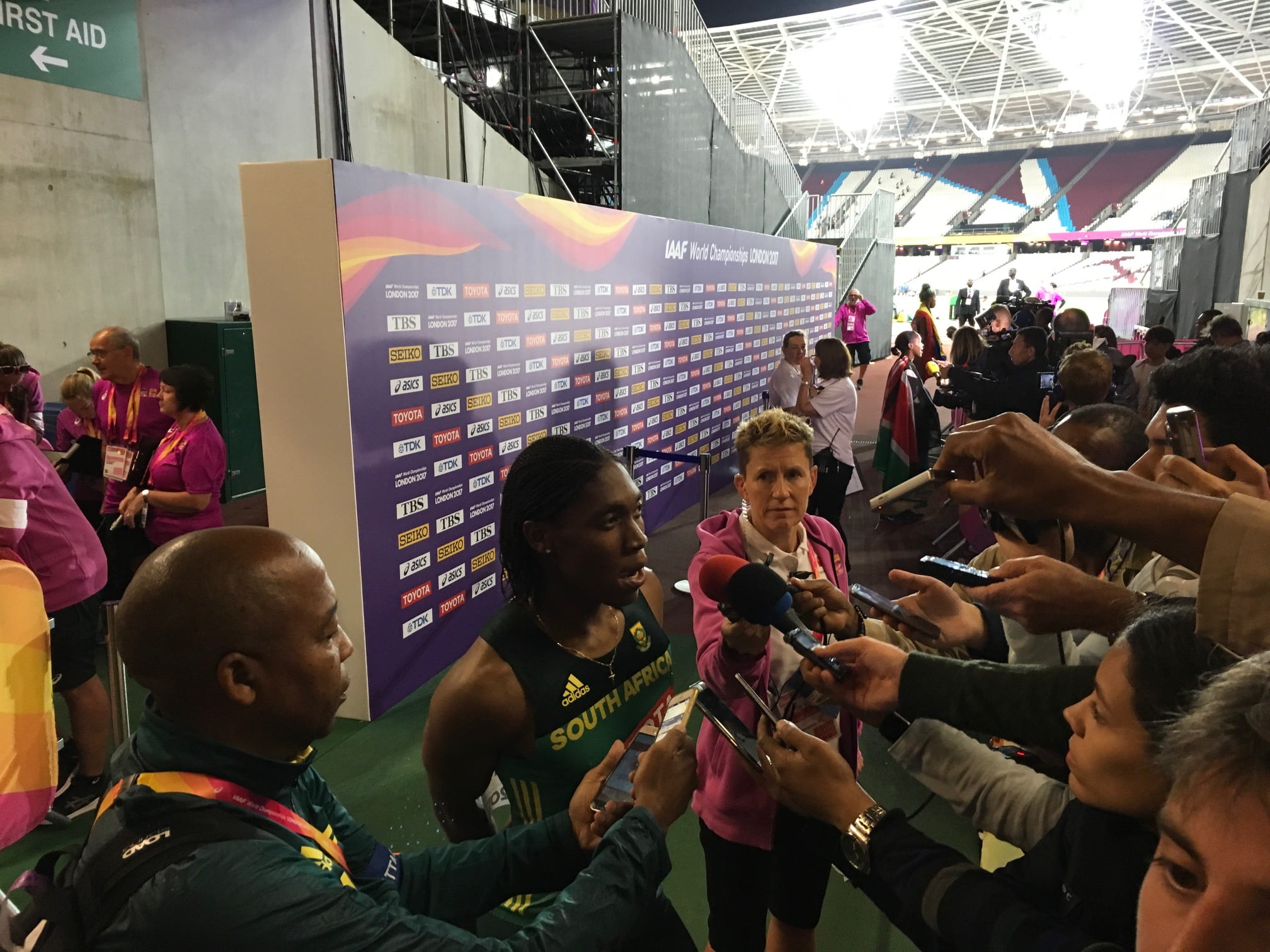 AthleticsAfrica is a news site that had been covering track and field, road running, cross country, and other related competitive events about Africa or African athletes via its website and a variety of social media channels since July 2004. It has become established as a premier source of news about African athletics, with an average of 80,000 visitors to its website on an average day. During major sporting events, traffic can surge to more than 200,000 daily visitors.

In 2017, AthleticsAfrica used Live Blog for the first time to cover the International Association of Athletics Federation (IAAF) World Championships that ran from 5-13 August in London. 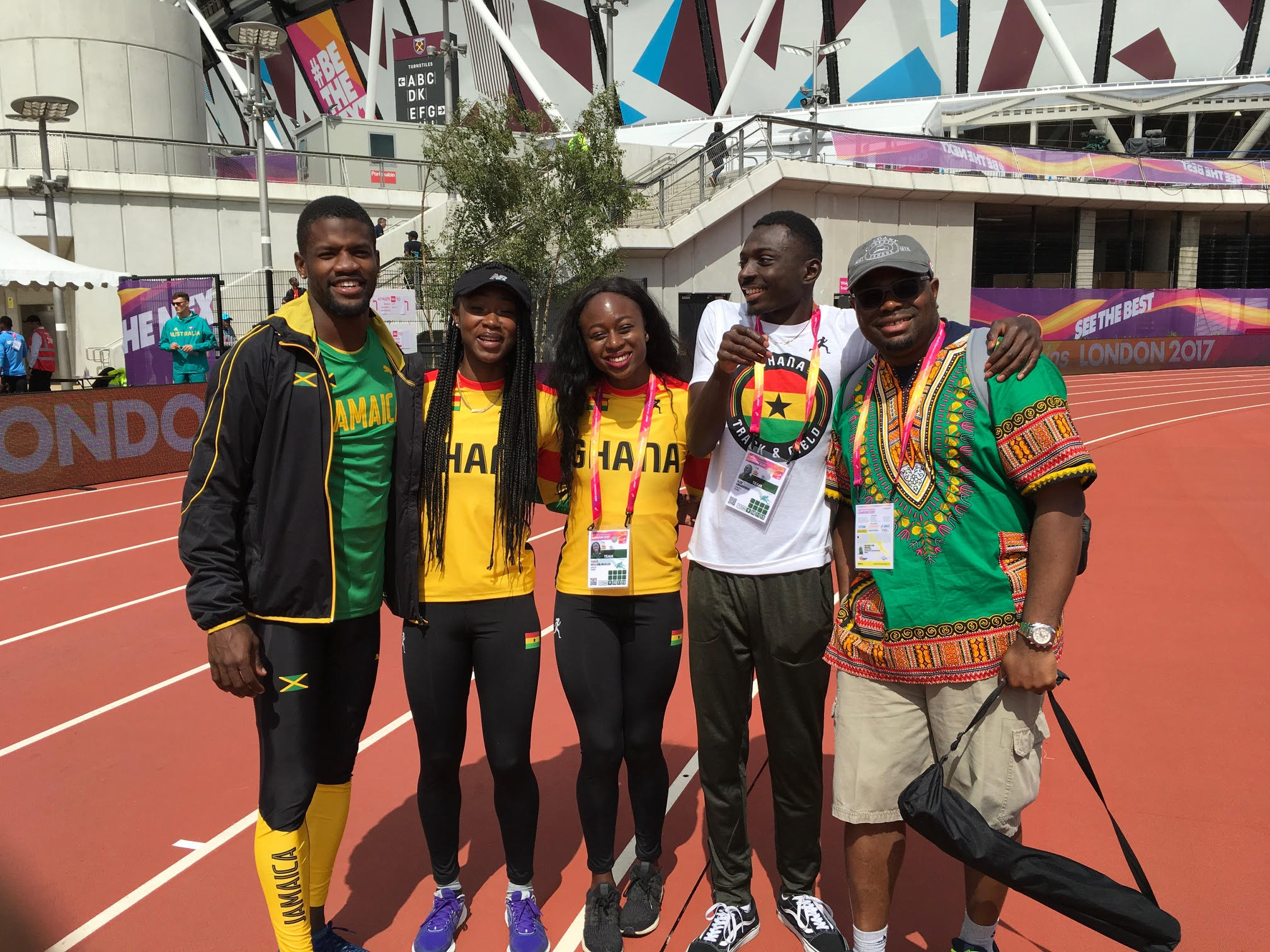 Previously, AthleticsAfrica had used a commercial live blogging platform as well as Twitter timelines, but did not find either solution satisfactory. In particular Yomi Omogbeja, editor in chief of AthleticsAfrica was looking for a live blogging platform that would remain available indefinitely after an event, serving as a kind of archive. But that wasn’t the only reason to choose Sourcefabric’s Live Blog.

“Live blogging adds an extra dimension of live coverage,” said Omogbeja. “As a news organisation you become more competitive by reporting during the event rather than afterward.” Omogbeja added that there were many shares of the Live Blog pages, especially in social media. 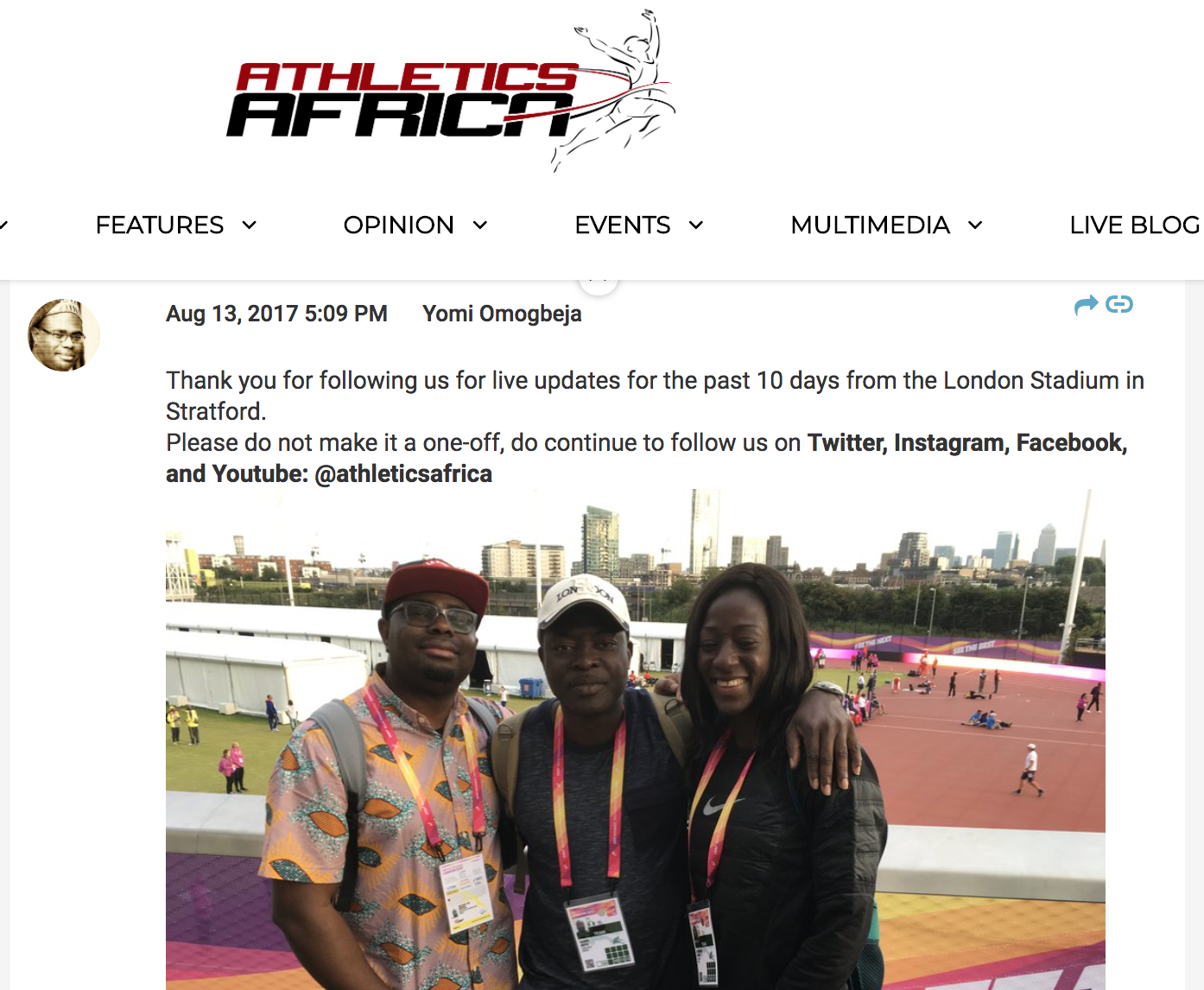 AthleticsAfrica started as a hobby during Omogbeja’s university days. The website itself was a spin-off of Mr Omogbeja’s MA in web journalism thesis at the University of Sheffield in 2004. A former student-athlete and track runner himself, Omogbeja engaged two other journalist friends studying in the UK to turn the project into a platform to provide news and information on athletics events that were happening back home in Africa. The three kept their passion project going even after they graduated, moonlighting as journalists in their free time.

In 2005, after a stint at the BBC working as a Web Content Assistant on the CBBC website, Omogbeja decided to to put AthleticsAfrica on a fully professional media footing in terms of its tools and public presentation. AthleticsAfrica won the 2011 Telkom / SABC Highway Africa new media award for journalism innovation in Cape Town, South Africa for its website. Continuing to look for more compelling, digital-native storytelling options, it was a natural choice to add Live Blog to AthleticsAfrica’s portfolio of coverage.

Omogbeja and his team quickly began to make full use of Live Blog’s creative possibilities. During the 10-day IAAF event in London, Omogbeja and his team not only covered the full spectrum of athletics events with Live Blog, from the 20 km race walk to the 100 meter dash, but also spun up brand new post types of their own on the fly using Live Blog’s free type feature. For example, they created a medal free type post that highlighted the winners of gold, silver and bronze medals which was a novel way of presenting the information visually and also improved the look and feel of the pages. A number of readers even made screenshots of the medal free type to reshare as image posts on social media. 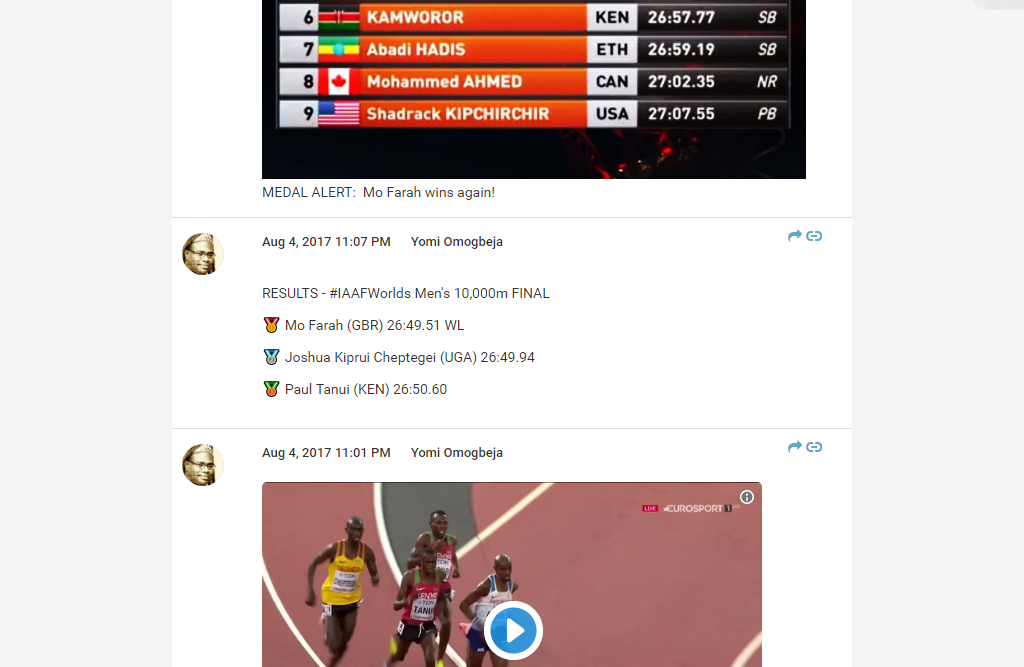 The free type medal in use on AthleticAfrica’s Live Blog

Going forward, AthleticsAfrica aims to add more free type posts for the next major events on the international athletics circuit. One idea would be to create a post for start lists, which would display the name of athlete, lane, country, country flag. “We don’t have play by play commentary, instead we have start lists and live results,” explained Omogbeja.

Find the sports theme alongside with the respective free types on our Github. It´s all free and open source.  The free type “medal” is also compatible with the classic theme of Live Blog – just copy and paste it into your Live Blog’s free type manager.

With Live Blog, the field of possibilities is wide open.