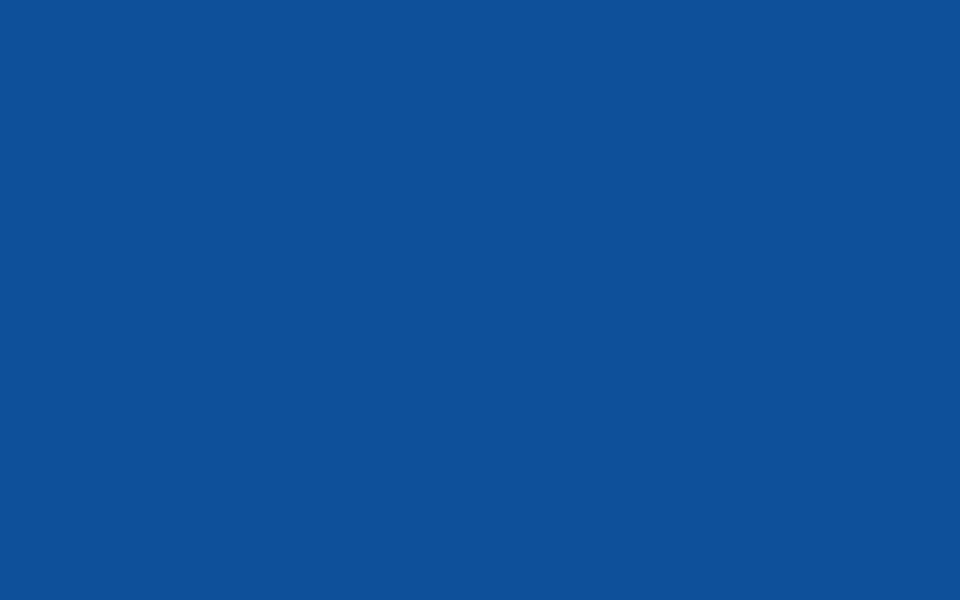 In April 2015, Nepal was struck by the largest and most devastating natural disaster the small country had experienced in 80 years. It has been reported that nearly 9,000 people died as a result of the earthquake, and Nepal continues to feel the impact of the devastation caused to this day. While there was international media coverage of the earthquake, the Nepali Times was able to offer its readers a unique on-the-ground perspective. However, with the Nepali Times being a weekly publication, they lacked an avenue to give continuous updates to their readers in real time. That was the case – until they began using Live Blog.

As a weekly publication, the usual mandate of The Nepali Times is to provide analysis and commentary on the news rather than primary reporting. All that changed when the 7.8-magnitude earthquake hit Nepal on April 25, 2015.

As one of the country’s few English-language news outlets, the Nepali Times had an opportunity to provide its perspective on the disaster to a global audience. About half of its readership comes from outside Nepal.

However, there was no ready tool for real-time reporting of the earthquake and its aftermath, nor was there an existing format for such coverage.

Live Blog was the answer to both issues.

Combining a web-based authoring environment on the back end with a live blog feed that can be embedded into the front end of any website, Live Blog is an all-in-one live coverage tool.

The open-source live blogging platform is also fast to set up and intuitive to use. These would constitute key benefits to any news organisation covering a natural disaster, but were especially helpful for a small outlet like The Nepali Times with a staff of less than a dozen. The Nepali Times debuted its own Live Blog just over a week after the initial quake, allowing the newspaper to cover the aftershocks as well as rescue and rebuilding operations.

The Nepali Times featured its earthquake live blog on the main section of its home page for several weeks and kept it available for five months afterwards. “Live Blog is great for when something has just happened,” says Ayesha Shakya, online producer for the Nepali Times. “It is best used when people are seeking news. Even when we did not have any updates as such, we found that readers were following the photos we posted.” 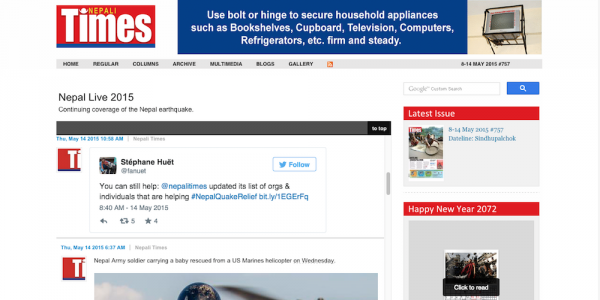 Editors and producers at The Nepali Times added live coverage to their content portfolio in a short period of time. Live Blog also boosted the newsroom’s skillset, with the ability to curate updates from a variety of social media and post them in one place. The experience provided the inspiration to use Live Blog for coverage of the next big national news event, the revision of Nepal’s constitution, which happened just a few months later.

As a side benefit, Live Blog also offered an instant upgrade to the paper’s digital presence. “We found that Live Blog’s clean, simple design made our site look more modern and dynamic,” Ayesha Shakya said.

What can Live Blog do for your news organisation? Get in touch with us to learn more or request a demo.

About the Nepali Times

Founded in 2000, the Nepali Times is a weekly English-language newspaper with a strong digital presence. It has 41,000 fans on Facebook and 275,000 followers on Twitter.